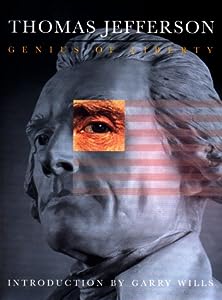 People Who Read This Also Read

The New York Times reported on June 9 that Blair issued a directive in May announcing his intention to handpick every overseas senior intelligence officer. Panetta responded, staking out the exclusive and historic province of the CIA to install station chiefs. The disagreement quickly hit fever pitch, and senior administration officials have now been summoned to mediate a truce.

The Office of the Director of National Intelligence was created to “oversee the coordination of the relationships between elements of the intelligence community and the intelligence or security services of foreign governments.” According to the law, the position is one designed to harmonize—not disrupt—the interrelationship of various intelligence agencies.

Director Blair’s strategic office must resist the urge to assert command and control of the intelligence community in violation of both the letter and spirit of the law that created it. But that could be a tall order for a man who’s earned his stripes—and his stars—by demonstrating those skills through years of naval command.

The challenges are there for Director Panetta too—from the burden of reinvigorating an agency hard hit in a current climate of congressional accusation to working within a legal framework that potentially buffers his direct access to the president. Panetta’s strengths—the ability to direct the traffic of government at both the Office and Management and Budget and as White House chief of staff—are naturally predisposed to coordination and administration.

In this instance, the Obama administration has selected two outstanding and experienced leaders to serve America’s national security interests. If internal conflicts now threaten the effective coordination of these interests, the president may need to intervene personally and reorganize his national security team. Perhaps Panetta, with his vast administrative and political experience, is better suited as DNI while Blair, with his extensive background as a commander, would thrive at the CIA.

Such organizational shakeups and senior-level swaps within an administration are common in presidential history. Indeed, they are often a sign of good and efficient management skills that ensure the nation’s top leaders are assigned the most suitable roles.

With two wars to fight in Iraq and Afghanistan, and with too many terrorist cells preparing for new attacks on the United States and our allies, the Obama administration must take every effort to prevent the type of stovepiping that undercut our strategic defenses, damaged the morale of frontline agents, and exposed the nation to the nefarious acts of 19 terrorists armed with box cutters and a few weeks of domestic flight school.

* Check out our political cartoons.

Add your thoughts
Subject: Type your comments here: (3000 characters left) Your name: Your E-mail address: State: Your comment will be posted immediately, unless it is spam or contains profanity. For more information, please see our Comments FAQ.

Check out our most recent political cartoons.

While the president fiddles, the ayatollah burns the midnight oil on nukes.

As protests rage on the streets of Tehran and other Iranian cities, President Obama, desperate to preserve the engagement strategy he laid out during his campaign, has chosen to respond cautiously, stating that he is “deeply troubled” but that he intends to “pursue a tough, direct dialogue between our two countries.” It is worth reviewing how President Obama got himself into this conundrum.
Obama’s Class War: The Rich Trump Healthcare

The Wall Street bailouts have left no money for healthcare reform.

For the first time, Congressional Republicans are thinking that maybe they can beat back Obamacare, after all. Concerns about the deficit and debt are rising, and startled Democrats are being forced to pay close attention to surging popular anxiety. So what happened? How did Obama take his mandate for healthcare action and fritter it away–in less than five months?
CIA’s Panetta and DNI Blair Should Swap Jobs

Each man is better suited to the other’s role.

Library of Congress Gets a Digital Facelift

The day of the call slip is drawing to an end.
White Working-Class Voters Can’t Save the GOP

Bad, bad, unacceptable lobbyist money! Give it to us in the morning.
House GOP Doesn’t Support the Troops

They voted for the money before voting against it.
Peace In Iran Seems Unlikely

If only Obama would call the Iranian election what it is: a sham.
Twittering Is Not Reporting, Even in Iran

The revolution may be Twitterized, but it’s not clear that’s a good thing.
Density + Diversity = Democrats

The suburbs and the exurbs are the ball game, and the Democrats are winning.
John Ensign, Sex and Marriage Hypocrite

Against gay marriage, undermining his own marriage.
Your Photos

President Barack Obama speaks about combat troop level reductions in Iraq as he addresses military personnel at Marine Corps Base Camp Lejeune.
Obama in Your Town

Has the president visited your town? Send your photos to obamaphotos@usnews.com, and we’ll post our favorites online.

Thanks for sending us such great shots from this historic event.

A baby kissing an Obama poster for Washington Whispers.
Your Campaign Photos

We asked to see your personal election pictures and you delivered.

Check out the debate in the current U.S. News Weekly.

* What Do You Think?

advertisement
MOST POPULAR ARTICLES ON USNEWS.COM

* Most Viewed
* Most E-Mailed

1. Most Popular Colleges: National Universities
2. FlowChart:15 Companies That Might Not Survive 2009
3. 10 Secrets of Millionaires’ Money Management
4. The Home Front:First-Time Home Buyer Tax Credit: 6 Things to Know
5. Help for Paying Off Your Student Loans

Sign up today for the latest headlines from U.S. News & World Report delivered to you free.

Personalize your U.S. News with our feeds of blogs and breaking news headlines.