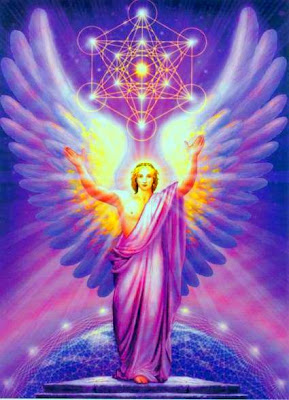 WRITINGS OF THERESA MORRIS “KEEPER OF THE FLAME”

METATRON IS ONE OF MY GUIDES IN THE CELESTIAL REALM

BY TJ MORRIS ACIR tm professionally known as Theresa Morris, Author, and born Theresa Janette Thurmond who married Thomas Ray Morris. With respect of the request by my husband, I have added his name as my own not out of ownership but with respect to him as my soul mate, companion, and legal spouse. I now go by Theresa J. Morris.

There are many people who are considering communication and information never before sought on earth in the past century or two. Being that I am one who has memories and gifts that some today call as a psychic medium spiritualist, I have been asked to act as a transcriber or sharer of knowledge. In the old days of scribed information in Latin and Akkadian I would be called an Oracle Patroness in the church of women Goddesses as in the rule of Diana. This does not make me a non-Christian or heathen pagan of the old days. This was a title given to me through reincarnations of the spirit and mind back to the soul or creation of creative force known in the Heavens as the God or Zeus.

Being a folklorists and adhering to Folklife ways living in the woods with a hearth at my fireplace, I am still seen as a woman with long white hair who lives in the woods and knows things. This is how I am perceived by the children and teenagers of today in Kentucky, USA where I live on the end of a road in the woods with trees all around.

This is by choice and one I created while I was in the world making a living among
The old days and old ways of earth. Now, I prepare for the new world and the ways to come. People are desiring to have me teach them in ways that I am familiar and I get letters in the mail saying that they too desire to be social yet spiritual intellectuals and to be enlightened.

This way of being to some means that Ascension Center Enlightenment is a way of being as in a spiritual belief or church but not a religion. We are a faith based community initiative. This is the way it was in past lives among those in secret who desired to believe in reincarnation of the spirit. That means we ascend from this place called earth into the place we call ephemeris, heaven or original creation. This is also called the Unified Field of Origin among our physicists and scientists who also believe in reincarnation.

This is hard to believe by many Christians, and Pagans of today because they have decided in many cultures and organizations that one has to be one or the other. This is not so. One can believe in Ascension as being a Christian as Jesus Christ walked the earth and yet believe that he also taught many pagans and those who cherished nature and Mother earth. There are many beliefs, churches, religions, cultures, and traditions on earth today. Some are depending n the continent. Some are old in China. Some in Europe. Some in Africa and Egypt. Some are in Mexico, and even in Kentucky, USA.

I now live at the hub or portal of the Ascension Center Equator. As equivalent relations. An equator can be the surface drawn on a celestial body through space such as the planet where I now exist with others. An equator can be the a circle that divides a sphere or other surface into a congruent parts. While I was in Hawaii, I could push a pin through the circle and the other side was Africa. I enjoyed my work there but my higher power, creator, source, and guides instructed me it was time to move on and they brought me to Kentucky. Off but true. Why else would I have insisted on spending my time here while Gus is in New Mexico near El Paso, Texas. I like that a part of the country and it is dryer.
I can breathe better there but, I was called to begin the Ascension Center Equator here.

So, it is now time to begin to allow others outside of our small group and circle of “TJ” Morris Friends to know what we enjoy creating as a new world Ascension Center.

I am simply one who will come and go as a spirit essence from earth and it is planned that the Ascension Center will be a Crystal Cathedral and esplanade left behind for those who desire to honor a tradition of Ascension like Christ once shared while on earth. I am simply a receiver of the message that is in us all. We are all one and I am only a part. One nucleon and/or proton in the nucleus.

But, the small difference is that all sentient intelligent beings are invited without regard for their race, color, creed, size, shape, indiscretions, or thoughts and fallacies about what life represents on earth. Ascension Center Education is what we term as the way to enlightenment of the spirit and soul. We also believe in extra terrestrial beings who seeded us here on earth in our ancient past civilizations and who monitor our lives.

We are a God fearing people based on the “Keeper of the Flame” knowledge of what has been shared throughout time among those as Gnostics and Gnostic Wisdom. The Ancient Mystery Schools are shared among our circles of Leaders who desire to be teachers and guides in education among people who desire to live righteous and morally with our codes of honor as beings called sentient intelligent beings desiring to share our planet.

We honor our world leaders who believe in democracy for all on this planet. We assist in homeland security as needed to protect our planet and the people who desire to live an honorable life that follow the moral majority constitutions and laws set forth by the people, and for the people of this planet. We honor each continent as a single unit.

Ascension is the art or process of ascending essence of sentient intelligent beings into another existence after leaving the life known as a human being on a planet.

Essence is the inherent unchanging nature of things, people, place, and humanity for instance. Essence is described as the most important ingredient of something or someone such as the spirit of a human. Essence is the extract of something that exists and shows a higher abundance or quality such as alcohol, perfume, or even spiritual or incorporeal entity.

Ankh is a cross like shaped T loop with the top as used in ancient Egypt as a symbol of Life. Ankh is a cross for man and a loop for the circle and all seeing eye for eternal life.
The T loop is an expression used in the Ascension Center of Enlightenment.

Art is the human effort to imitate nature in many forms and some may say that art is an expression that is sometimes altered by human perception of the whole world as seen through an artists own feelings, emotions, eyes, and inner eye called the mind’s eye.

Esoteric is meant or understood only by a specific group. Not publicly disclosed and confidential among certain groups as a traditional holding of a theme or way to live.

Esprit is the liveliness of mind or spirit or both.

Esprit de corps a common spirit enthusiasm and devotion to a cause among members of a group.

Esquiline is the name of the seven hills of ancient Rome, site of Nero’s Golden House and Trojan’s Thermae, or hot baths. We like to visit host natural springs in Arkansas and Colorado.

Esther is a woman’s name in the BIBLE and a name of the Jewish Queen of Persia who saved her people from massacre. In Persian it can also mean star. Or Akkadian can mean Ishtar.

Esplanade is a stretch of pavement or grass. Some refer to a long stretch for meetings along a shore of water preferably for meetings and worship.

Eschutcheon is a shield as in heraldry. An ornament or protective plate or shield. We have our own with the A for Ascension and an E for the Star to honor Esther the woman leader who brings our people out of bondage or being massacred at the end of the world.

Patroness is a woman who supports, protects or champions someone or something. As a sponsor. A woman who possesses the right to grant to grant an ecclesiastical benefice to a member of the clergy.

Polygon is a closed plane figure bounded by three or more line segments.

Portals are doorways or gates to another universe or portal in another dimension or time.
A translation of Akkadian is bab (ekalli) (Gate of the palace)

Portal Tomb is a Neolithic tomb consisting of two or more upright stones with a Capstone, believed to have been buried in earth except for a central opening which is called the portal. Some believe the original Merlin was gifted by the Gods and was chosen to pay homage at these portal palaces with gates. Merlin was one of the Keepers of the MAGI Secret doctrines in his time while on earth.

Pompeli is a city South Italy SE of Naples founded in the 6th century and destroyed by the eruption of Mt. Vesuvius in 79 A.D.

Pompano Dolphin is a large marine game fish related to whales having a long dorsal fin
And an iridescent blue back with yellow sides. A dolphin is any variation of the family Delphinidae that are smaller than whales but both dolphins and whales are living beings and protected by our organization as extra terrestrial beings and in the sentient intelligent beings species on earth.

Oracle is a person such as a priestess through whom a deity is held to respond when consulted. The response given through such a medium often is an enigmatic statement or allegory. An authoritative or wise statement of predictions. A command or revelation from God. In the Bible the Oracle was the Sanctuary of the Temple. Latin orculum or orare to speak.

Estamine is a is a soft light worsted or woven cotton. We use for our robes with the Star of Esther to symbolize bringing our people out of bondage which is symbolic of our traditions and culture as Ascension Beings on earth, with a hood.